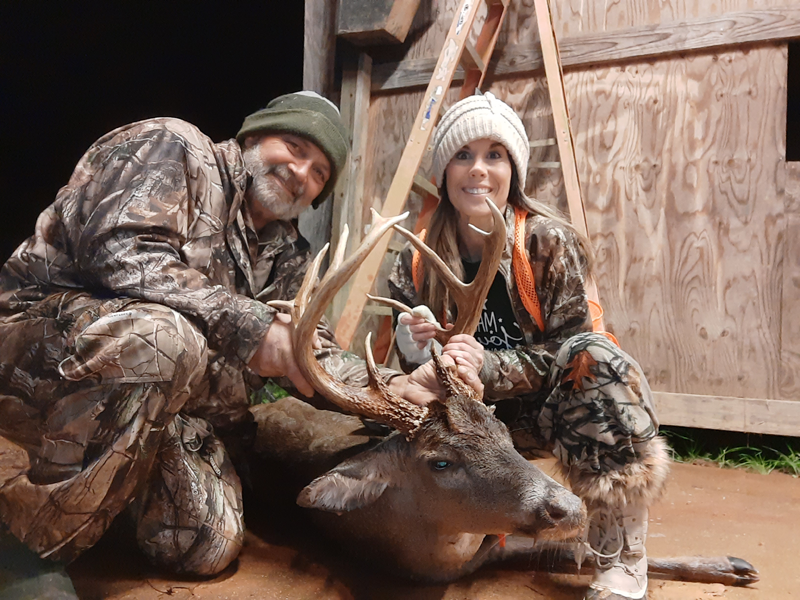 It was Jan. 25, 2022. It had rained heavily the night before and the next morning it was misting rain and the winds has changed out of the north.

I knew the deer may be on their feet and the rut was going on.

My daughter, Courtney Langlois, and I frequently go somewhere once a month as a Dad/Daughter date. Grab dinner, shop or hunt.

She texted about noon on the 25th and asked to go hunting.

I said let’s go and we headed north after lunch.

Arrived at my camp just north of Clinton about 3 pm. Got dressed and headed to a stand where I knew a buck had been working the area. Little did I know it was the buck of a lifetime for my 36-year-old daughter.

We got in the stand about 4 and I was handing her our gear when she turned and looked at me with those big brown eyes and said “Dad, there’s a buck and a doe in the field.”

I’m thinking it was a 3-year-old 9-point that was in the area.

Her gun was still on the ground along with the heater. I grabbed my binoculars and looked in awe that it was a great buck.

I told her to get my gun out the window and get ready.

I put my hand on her back and felt her heart beating rapidly and she was breathing erratically. I told her we have time, he’s with a doe and had no intention of going anywhere without her.

A small 4-point came out and the big 6-year-old ran him out.

She said he’s gone into the 4 foot high weeds. Shortly he came right back to the doe.

She replied “yes, I think so.” I didn’t want to compromise wounding an animal like this, but she was steady by then.

I put the gun on fire and told her to put it behind his shoulder. She squeezed the trigger. The buck kicked and tucked his tail and rapidly exited the field into the tall grass headed to the pine thicket ahead.

I knew she had hit, just not sure how good she hit the boiler room (vital organs) but I thought I saw a flash of white before he got to the wood line.

I replied, “Let’s give him a few minutes to expire.”

We got out and began to walk that way. She naturally got ahead of me. All of a sudden she ran back to me and jumped in my arms and shouted “I GOT HIM!”

As I approached the deer I realized she had no idea what she had shot.

We took a couple of pictures in the field and returned to camp to get the four wheeler to begin getting the 228-pound 13-point buck process in motion.

I have been hunting for 45 years and have harvested some great bucks. However, I can say this by far was the best hunt I have ever been a part of. So proud of my girl that she had shot this great buck at 176 yards with a gun she had never shot and was able to put in through both lungs and harvest him without any problems. 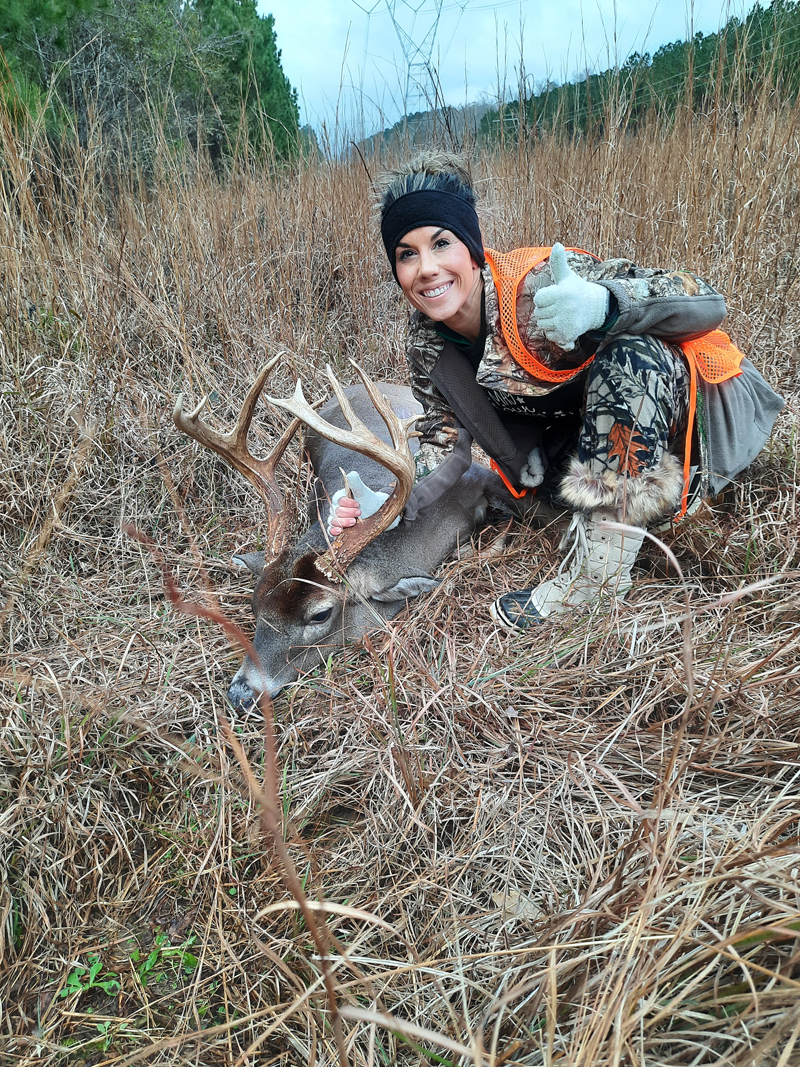