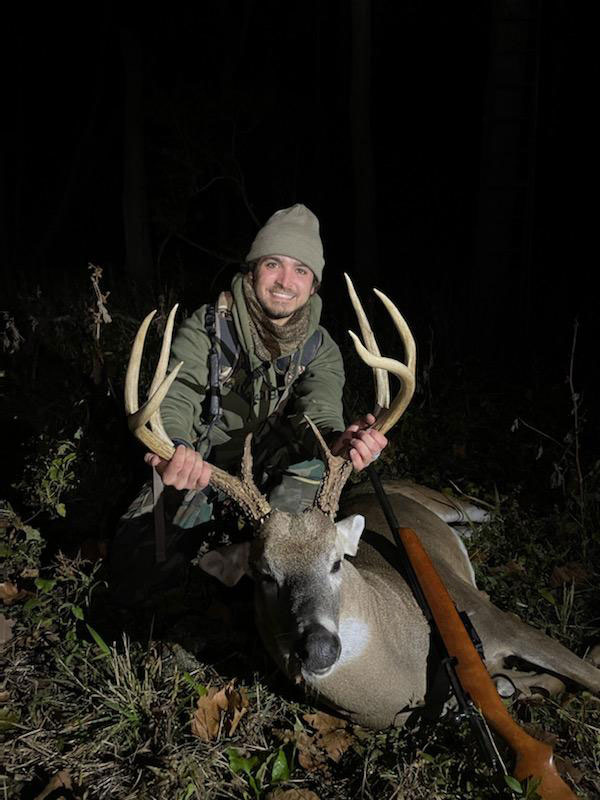 So it began a little under a year ago. I was attending the Gun Show at Lamar Dixon. Riding with a buddy and not particularly looking to buy anything, I had brought $200 that I had won the evening before. While looking around I came across some tables that had some interesting older shotguns. Of all the fine guns on the three tables one gun in particular sparked my interest. Getting a closer look, it was a 1950s Marlin 12 gauge model 55G bolt action goose gun. I was hooked. I noticed the gun was worn a bit more than the others, which led me to ask the history of the gun and relation between it and the owner. The lady told me how her husband had passed recently and she was now selling his gun collection. It struck me that the man had a fondness for unique shotguns, but she said that that was one of his favorites, which explained the wear and tear. I then asked how much she would sell the gun for, I was shocked when she said $200. Something told me I had to buy it. She was very pleased to sell the gun to someone who was so interested in the connection between the owner and the gun and her parting words to me was she hopes the gun is as special to me as it was to her late husband.

Fast forward to deer season in Concordia Parish. Since the purchase, I had been looking forward to the opportunity to take the stand with this special gun. This was going to be a different approach, especially using a shotgun sporting a 36-inch barrel. Patterning the gun was a breeze and I felt confident heading out with my new-to-me firearm. As common in Louisiana, the second weekend of the season had a warm south wind that had limited me to trying a corner of the property that had never been hunted. Even though it was close to the camp, I always felt it held good deer. After contemplating the decision of hunting the spot, at around 3 o clock, my uncle helped me load up a lock on and we quickly made a move. Keeping the wind and the close range of the shotgun in mind, we found the perfect tree. Once I got settled I started to see some action. Based off of the trails surrounding the area I was hopeful a deer would make it’s way in range. I heard leaves crunching and looked to see 3 does feeding and appeared to be coming down the trail that leads almost under my tree. Seeing the wind was perfect, I got excited. While watching as they feed and make their way into range, something was telling me to hold off on filling my doe tag. Getting closer to dark, I keep watching as they come closer and closer, and out of the corner of my eye I see movement. It’s a giant, and he seems to be coming to me. The does get closer and closer, to the point where I almost can’t see them because they are directly under my tree. Seeing that the buck wasn’t worried about much, the does seemed to be okay as well. He’s coming straight for me, following near the same trail. I had my binoculars in my lap, but being covered in deer, I couldn’t move them to get a better look, not that I needed one anyway. He’s now in range and I know I need to get a shot off soon. At about 10 or 15 yards in front of me, I’m inching my gun up to where I can take the shot. Mind you, my binoculars are still on my knee. As I’m getting ready, my binoculars slipped off of my knee only to fall roughly 25 feet to the ground almost hitting the does under me. My heart dropped. As quick as the fall happened, and as fast as the does take off, I look up to see he has not moved at all. I stand up, get my bead on his shoulder and pull the trigger. I see his shoulder buckle and the buck fever began. I knew it was a perfect shot. In the midst of not being able to breathe and almost shaking out of my seat, I try to call my uncle and my mom only to not be able to get a word out. I may have almost said “I shot a monster.” They’re on the way. Shaking and trying to catch my breath until the sound of the UTV got closer, I was confident it had happened. I climb down and finding absolutely no blood my heart sinks. Using buckshot and that being part of the game, we looked around and finally found him about 50 yards away, and he was much bigger than I thought. At 247 pounds, and scoring 151 inches as an 8-point, he is one of the biggest deer I have ever seen. You could not have planned it any better. From buying the gun from the sweet lady at the gun show, to the last minute decision to set up a stand in a never before hunted area, it was perfect. God had blessed me with this experience and walked me through it the whole time. I am more than grateful for being able to carry on the life of that shotgun, and even more thankful for being able to harvest such and incredible animal with it. 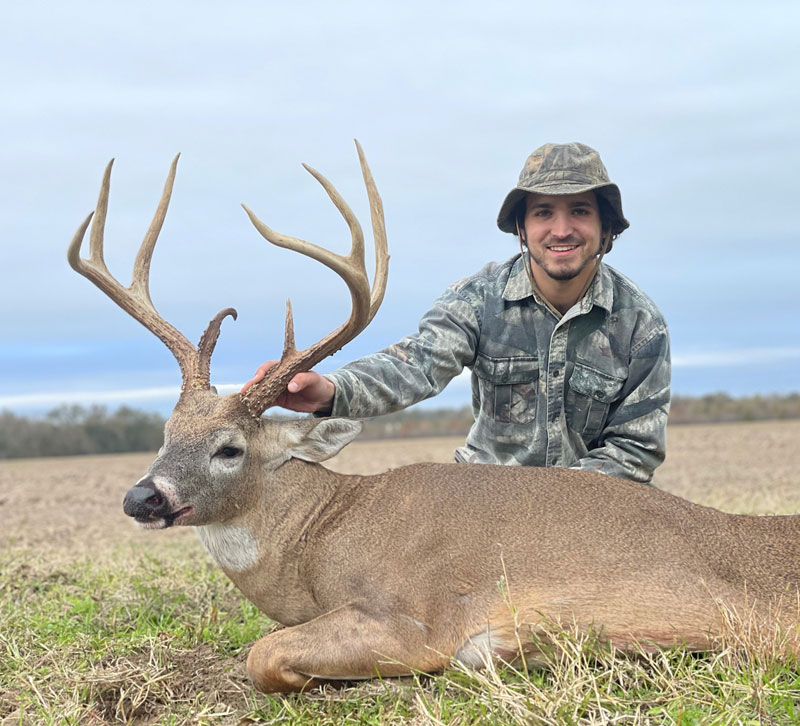 David and Grace King with a large bull red

Grace King and her dad, David King, with a large bull red caught off Elmer’s Island on May 14, 2022.

Kayden Romero caught this beautiful bass at a private pond in Lafayette Parish using an open face reel. He is my great grandson and he loves EVERYTHING about hunting and fishing just like his great […]