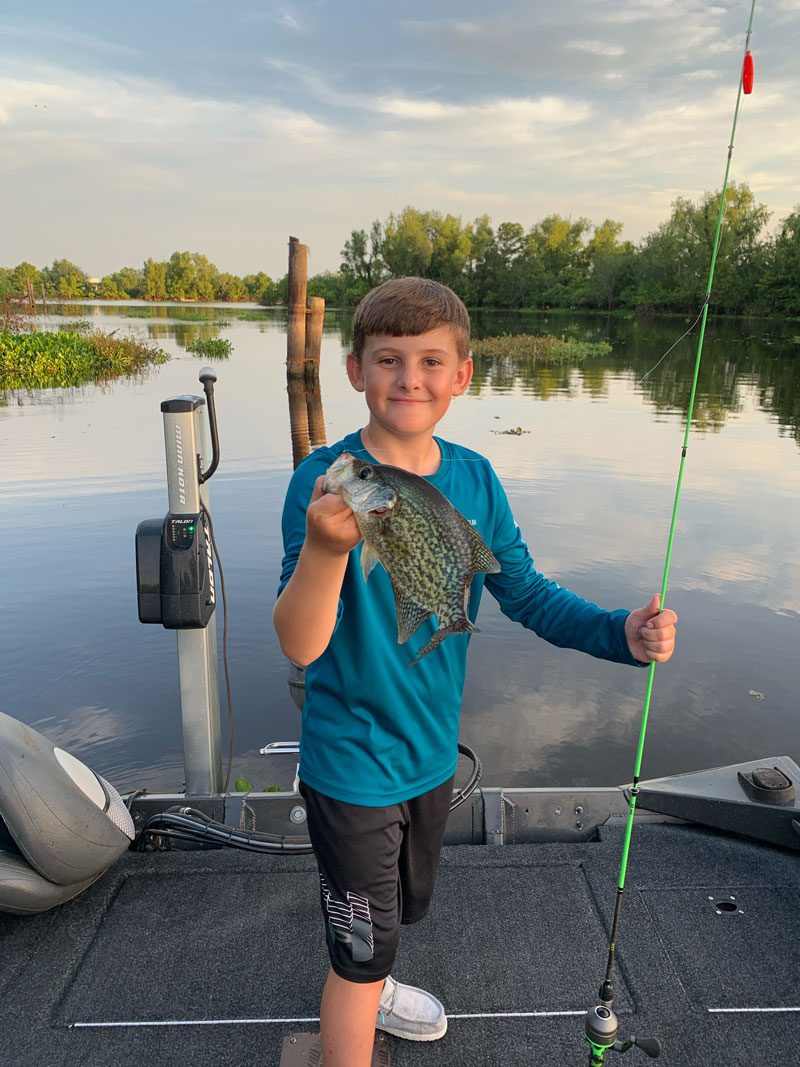 Gage LeBlanc, 10, loves to fish for sac-a-lait and bass. He tries to fish every weekend with his pop (his grandpaw) either in Henderson Lake or the Atchafalaya Basin. His pop brings him as much as possible and even sets his jig pole down to troll around for his grandson to fish bass. His pop doesn’t care for those shaky head fish but he loves his grandson, so he takes a break most of the time so his grandson can get some bass action!

Chloe Easterling, 15, harvested her first turkey in Washington Parish. The gobbler weighed 19 pounds, had a 12-inch beard and 1 1/2-inch spurs. Hunter Thomas was the caller. Her dad, David Easterling, was sitting with […]