This has been a typical deer season where hunters downing trophy bucks have sometimes traveled across the state to hunting leases or tracts of public land in the thousands of acres. Many have been successful as well bringing down big bucks with rocking-chair headgear.

Ross Wigginton, of Ferriday, has done it entirely differently. The 25-year-old millright doesn’t belong to hunting clubs nor does he travel to nearest public lands to deer hunt. He takes care of business on his own property near Ferriday in Concordia Parish.

His “own property” consists of his back yard containing less than one acre. Wigginton lives near the banks of the Tensas River with a tract of woods near the river and a levee separating his yard from the river.

“I like to take a doe for the freezer if possible so I put out corn in my yard,” Wigginton said. “I also hung up a trail camera to keep up with any deer that might visit my corn pile.” 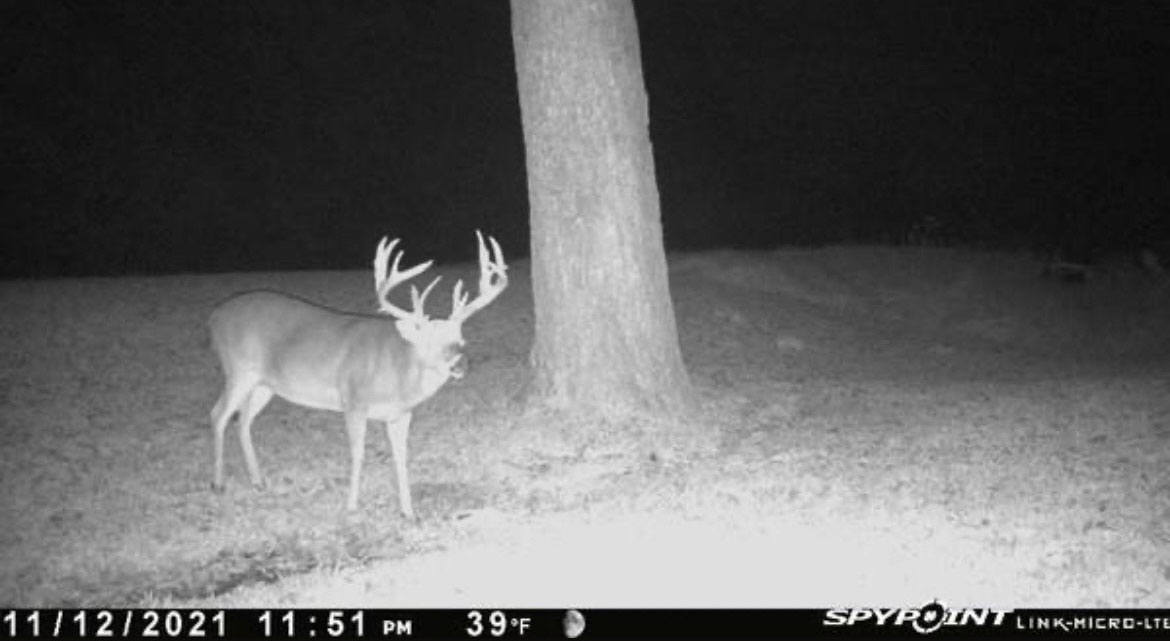 On the morning of Nov. 14, Wigginton got up early, pulled up a chair on his back porch to see if something might show up. His camera had shown the images of a huge buck that had visited the corn a few times and always at night. In the back of his mind, he hoped he would have a chance at the buck but had his doubts in that the buck only showed up at night.

“At first, a doe stepped out and I could make her out even though it wasn’t daylight yet,” he said. “I watched her eat and then she walked off. I didn’t shoot because it was not legal shooting time yet.”

While it was still dark, Wigginton could hear a deer walking in the woods over the levee and to his surprise, the big buck he had on camera accompanied by two smaller bucks, hopped over the levee and walked up to within 20 yards of where he was sitting. It was just starting to get light enough to shoot as he watched the buck turn and begin walking away. When it got to 40 yards, the buck turned broadside and Wigginton let a bolt fly from his Raven crossbow.

“When I shot, he kicked up real good so I knew I had made a good shot,” he said. “I gave him a few minutes before walking over to where he was standing when I shot and could only find a couple of pin-sized drops of blood. I was starting to worry that I had made a bad shot and would never see the buck again.”

Wigginton continued looking around the area and at about 70 yards, excitement welled up when he spotted antlers. The buck was down for good. 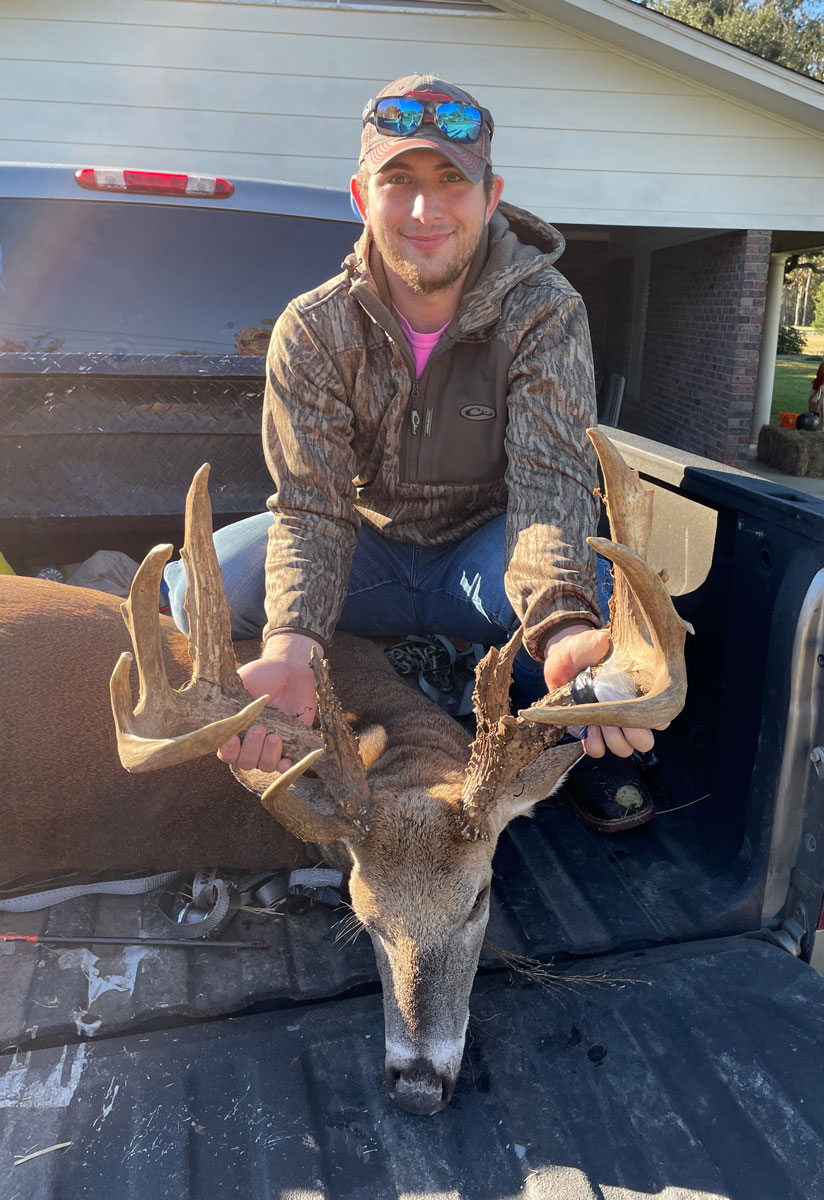 “The first thing I did was go wake up my wife, told her what I had done and we celebrated a bit,” he said. “I dragged the buck to the levee and backed my truck up so I could slide him in. There was no way I would have been able otherwise to load him up because of the size. He weighed 270 pounds.”

The buck sported a massive and gnarled rack containing 17 scorable points with an extra tine growing off the base, a tine that measured over 11 inches. Wigginton took the buck to Simmons Sporting Goods in Bastrop to be measured and entered into that store’s big buck contest. Main beams were over 24 inches each, bases were 5 ½ inches each and inside spread was 19 3/8 inches. The rack was measured at an astounding 189 7/8 inches, placing the buck at the top of the non-typical archery category.

“While I was sitting on the porch watching the buck and waiting for daylight,” Wigginton said, “I’m just glad my wife didn’t come to the door and tell me coffee was ready.”