As Michael Landreneau prepared to cast a lure along a grassline at the edge of his brother’s pond in Sunset this past Saturday, May 15, the tip of a catfish pole he’d set up down the bank began to bounce, indicating a fish on.

But there are fish, and there are record-breaking fish. Who would have imagined that one of the latter lurked the waters of this small pond? Certainly not Landreneau. But as he ran towards the bouncing catfish rig, he was mere steps away from catching an 11.3-pound, potential world-record, black bullhead, a fish that appears to shatter the previous record by pounds.

Landreneau, a 47-year-old petroleum landman from Lafayette, had already proved the rumors of big catfish living in the little backyard pond to be true.

“My brother (Patrick) had heard a story that somebody had hooked a big catfish and missed it,” Landreneau said. “This was 10 years ago, so I was thinking: ‘Well, let me see if there are any catfish in there.’”

The answer came quickly when, to Landreneau’s surprise, he’d hooked a large catfish that broke his line.

“I was not expecting to catch one, and I wasn’t prepared for it,” he said, “and when it came up to the bank, it popped the line. So I went back the following week, which was this weekend, and did the same thing.”

This time, Landreneau was anticipating the bite. He used the same catfish setup from the previous weekend, a No. 7 circle-hook on a 4-inch wire leader fished from a Penn, open-faced, spinning combo he’d bought for fishing the beach in Florida.

“The pond was dug in 2003,” Landreneau said. “I imagine they may have stocked bream and bass at some point, but it’s pretty much a 20-year-old pond that hasn’t been fed or anything.” 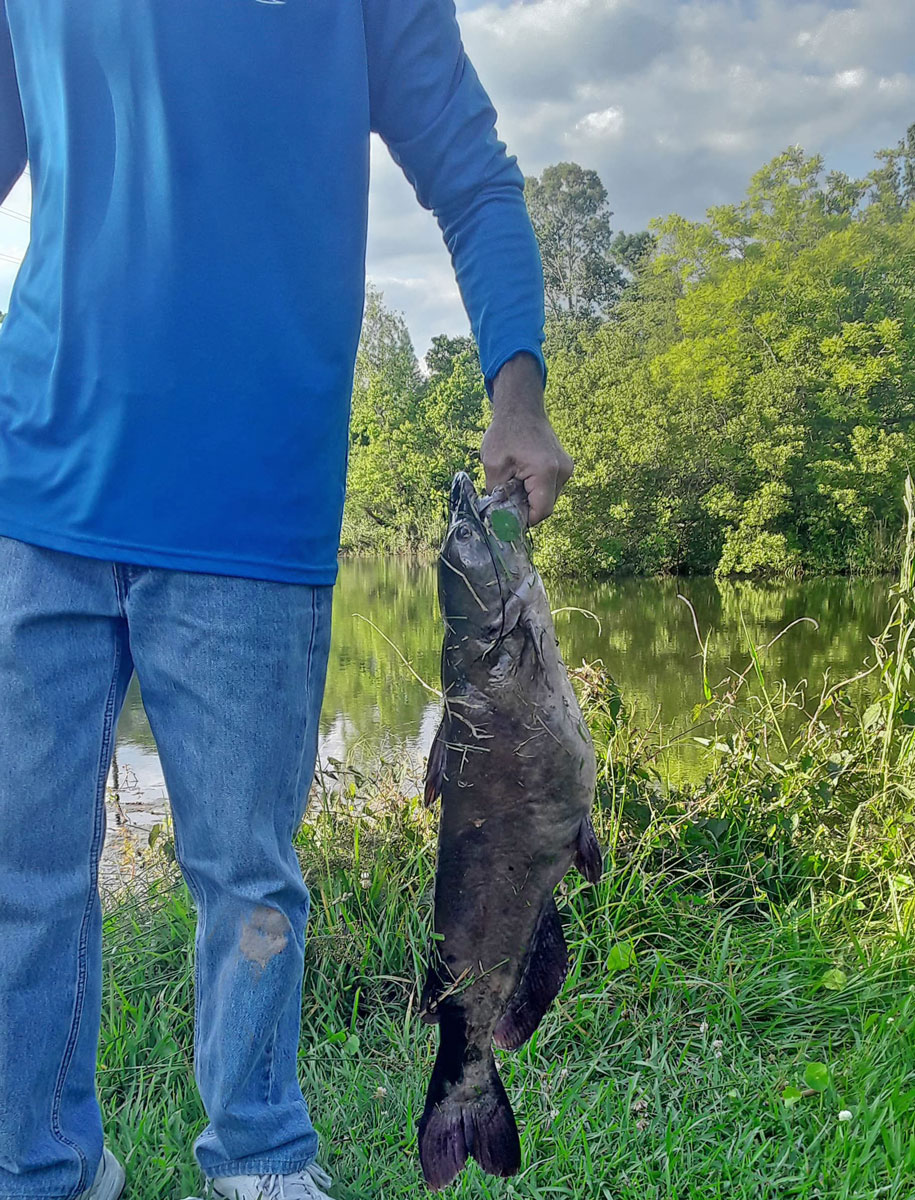 After he landed the big black bullhead, he knew that he’d caught something special.

Black bullheads are lumped into a group of several species of catfish known, colloquially, as “mudcats.” They are a catfish suited for hard times, able to thrive in warm, turbid, oxygen-poor water, and can also survive in brackish conditions.

“It was a surprise for sure,” he said. Landreneau sent a picture of the catfish to Louisiana Sportsman, who put him in touch with the International Game Fishing Association (IGFA).

Once certified by the IGFA, Landreneau’s fish will take the top spot from an 8-pound, 2-ounce black bullhead caught in New York in 2015 that is the all-tackle world record.

June is a great crappie-fishing month on Grand Bayou Lake

According to Nick DeWolf, Grand Bayou Lake is a “buyer’s market” — a good time to bait your hook and make an offer to some big crappie. […]

After late spawn, Toledo Bend bass fishing is back to normal

June’s shaping up to be the normal, transitional month it is. High water should put bass in Toledo Bend’s shallows. […]

About Will Martin 56 Articles
Will Martin is an adventure writer based in New Orleans, LA. He pens fiction and nonfiction stories at willmartin.info, and is a staff writer at Louisiana Sportsman. He can be reached at willm@lasmag.com.